What word do you can think can weaken the word “trust”? Well, very simple, it’s only a two-letter-word but it’s mighty that it has done much change on humanity. Scads of people quarrel because of the word “if”. Why? It’s because of misinterpretations or misconceptions behind it. Most people don’t know the virtue of the word “if” because they’re simply contented that what they can only see is what they believe in. Oftentimes, some associate “if” to mistrust in the existing belief and the existing rule. Some feel that they are betrayed in their standards when somebody would confront using “if”.

Frankly, most scientists are successful because they solidly rely on “if”.
From this, they are able to experiment with trial and errors and are able to perfect an experiment because of being curious with “if”. This allows them to exert or extend curiosity on other matters that would likely expand the limited knowledge they have.

Simply thinking and analyzing, do you think ships exist today if the ancient people didn’t think of crossing the seas? Formulating hypothesis always allows the ‘if’ on any statement. This simple word serves as the guidepost to anticipate what possible thing will happen in the future. Future? Yes, it’s definitely future and in relevance to the present and past. “If” is frequently associated to what’s incoming...it’s a tool of anticipating future situations that should be readied. “Be prepared!” as what the boy scouts say...these men truly anticipate whatever situations may arise and be ready for any strategies.

Have you ever tried reflecting on a certain act which you did? Then, recall...have you ever tried asking this way: “if I failed to do that and then I’ll be...” or “if I only did that then...” For sure, it’s then you’ll realize how important the word “if” is. In decision making, a healthy decision is a product of “if”. This tiny word is the soul of decision-making, settling strategies, giving justice and analyzing conditions. “If” tolerates creative and analytic thinking...it enables someone to think of new strategies and witty ways. It also drives a person away from foolishness because it’s a tool to forecast the possible outcomes of a flattery.

The weak point of “if” is that it prescribes skepticism to a person who is not used to be “madiskarte”. It weakens relationships, too. It dilutes trust for it suggests an alternative if the other partner will interpret the other way round. Yes, it’s aching to hear a partner asking, “what if we’ll break?”, “what if I’m dead”, “what if I have another lover” but it helps a lot to ready anyone for the worst or for the best! In reality, “if” suggests an alternative and preparedness but it doesn’t necessarily mean a kit for unfaithfulness. “If” gives the quick decisions to emergencies and cultivates resourcefulness in crisis.

Don’t worry for “if” is just a church bell...it’s a word that serves as the bell for all situations! Once it rings in your mind then there must be a response...it’s your choice that will throw you in any fate. Furthermore, I urge that everyone to take the right steps in acting a certain pace as required by the “if” for an err can’t erase a failure even the person cries even if you’ll cries over a spilled milk!
“If” is mighty! So, to live wholesome, remember to ponder on this in everything you do, “what if you’ll gain... or you’ll fail?” # 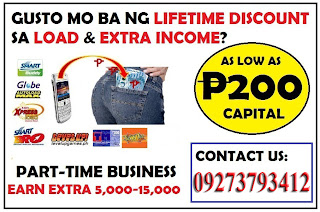